Why have prices gone up?

The rise in prices of various products is a very international, macroeconomic issue that affects the vast majority of countries around the world.

This phenomenon has occurred due to the greater demand as a result of the economic reactivation of countries such as China or the United States; and due to the reduction in the supply of certain products due to climate issues, issues related to the pandemic, among others.

These factors not only impact the products we import, but have also generated a rise in the costs of the entire production chain.

For example: oil has risen more than 50% in the last 12 months due to expectations of global growth. In Peru, there is also a strong rise in LPG, of which we are an importing country.

International freight rates have become dramatically more expensive due to a marked shortage of containers observed worldwide. The maritime freight rates of bulk carriers have doubled and tripled their values ​​according to the different routes.

Plastic resins have reached historical peaks not recorded in the last 10 years, mainly due to the rise in fuel prices and the increase in world demand.

Regarding raw materials, which are food supplies, for example, in the last 14 months, the increase in soybean oil prices has been 106%, wheat 82% and corn 60%. %

To the international factors, we must also add local factors that also impact prices, such as the high devaluation of the sol against the dollar that we have experienced in recent weeks.

In a few words, we are experiencing a perfect storm: all factors are rising at the same time and also with historical increases. 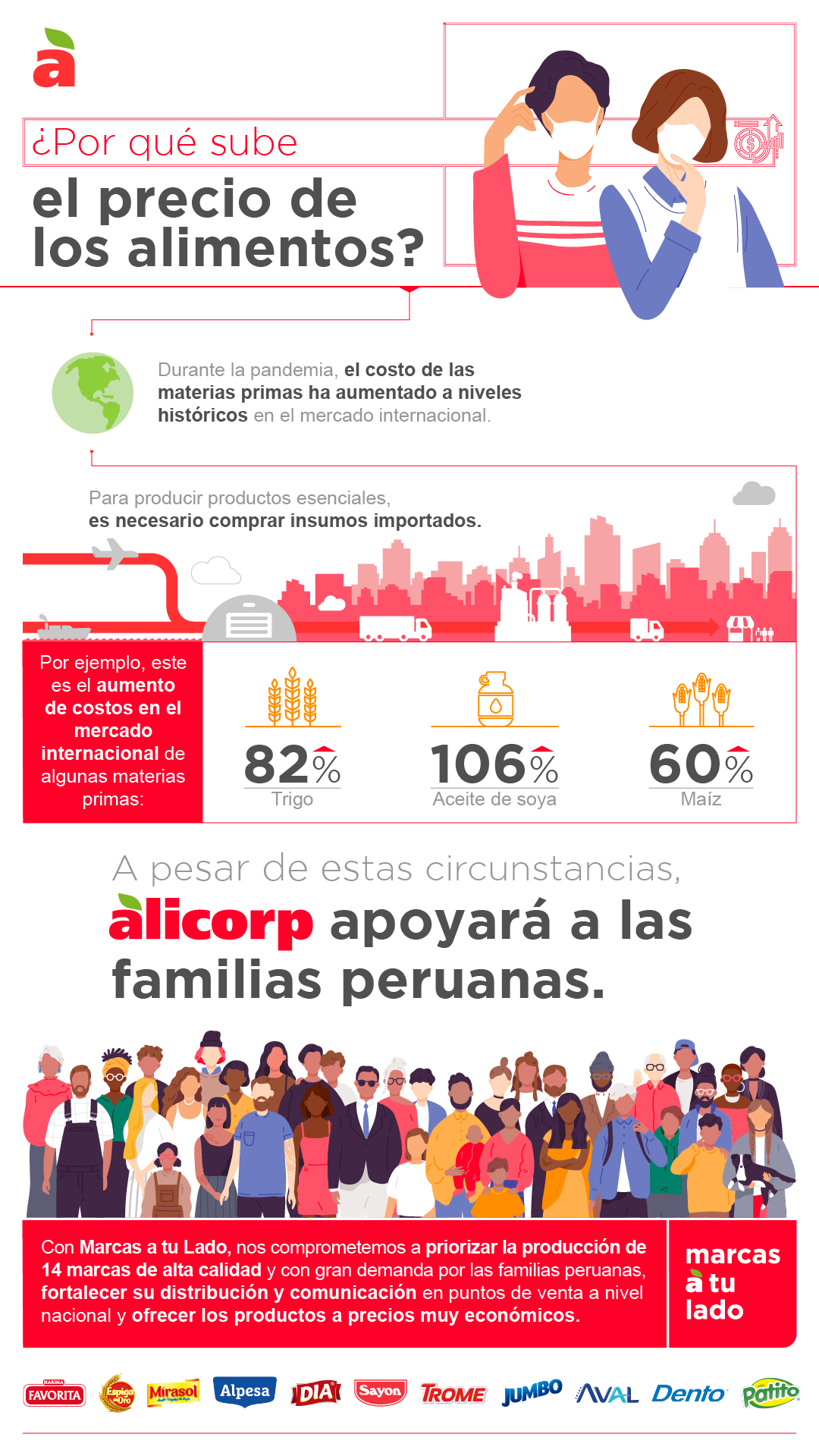